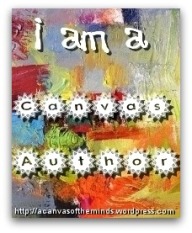 It’s amazing what 24 hours can bring: happiness or despair or complete apathy or sheer boredom.  Sometimes all of the above and then some.  Twenty-four hours can crawl by at a snail’s pace or it can fly past quicker than you can blink.  For those of us with mood disorders, we can feel everything and nothing in that amount of time.

Let me tell you about the last day or so…  yesterday I was so depressed that I couldn’t even finish an email to a friend of mine.  I had to drag myself into the shower because I was meeting another friend after dinner for crafting and ‘catch-up’ time.  We had a great time, and I felt my depression ebbing.  I even revealed to her my bipolar disorder.  She took it in with a simple nod and then acknowledged how difficult it must be to have BP and do all the things that we have to do as scientists. Especially working with the crowd I had to work with – who would drive a sane person crazy any day.  We talked about my illness, my medicines, and other things completely unrelated to mental health.  As we were wrapping things up, her husband came in.  He is basically a nice guy with no social skills.  We discussed how things were going and he was trying to cheer me up with compliments that also included potential insults, but knowing him I didn’t take the insult aspects because it was in reference to my job not my person.  But what bugged me was that he started asking about a job that’s posted in my former department.  I know the job, I know the hiring manager, and so he asked about all of that.  We even went through his stack of business cards from his last interview there four years ago so I could tell him who was still there and who wasn’t.  I think in part he wanted to make sure I wasn’t applying for the same job, but I can’t imagine why that would make a difference. Even though he apologized, I was angry that he brought it up.  I felt used.  Two hours of fun, followed by 30min of grilling about my former employer and group.  I came home nearly as miserable as when I left.

This morning, we went to see DH’s doctor who (at long last) is doing some blood work to see if we can narrow down what is wrong with him.  But both of us were so tired that we fell back asleep after we returned home and slept for another 4 hours.  I’d been dealing with anxiety and depression all day, then I got an email in the afternoon asking if I would like to come in next week for an interview.  I have to teach a class (it’s for an instructor position) and meet with the rest of the faculty.  I was a little bit floored to get the email, and once I picked up my jaw, I was excited.  But then I started thinking about it, and now I’m nervous.  Sure, I can go through the motions of teaching but am I really any good at it?  A friend of mine tried to cheer me up on that point saying that there were students who loved me, so I must have been good, and there were students who hated me, which also means I must have been good.  However, it all boils down to I still had crappy evaluations. 😦

Well, this conversation turned because this same friend just got a job with my former company, and she started ‘picking my brain’ about benefits until I told her I didn’t want to talk about it anymore.  I begin to feel like I am nothing more than a source of information for a company that threw me out in the garbage.  Will people please stop talking about the company before I start screaming?!?!

Now I am in some sort of mixed state of anxiety, depression, and self-worthlessness.  How can I wow them next week when all I can think of is: will they see how stupid I am?

Anyway, that’s how the last day went for me. From utter despair and depression to fun and a lightened load, quickly back to anger, frustration and depression, then excitement, fear and worthlessness, back to frustration at my other friend who won’t shut up about her new job.  And now I’m just tired.

Too many emotions in too short of a time.  I want to get off this ride.