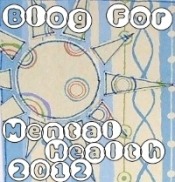 Today is World Mental Health Day.  The focus this year is Depression.  As a sufferer of depression, more specifically bipolar depression, I can attest that depression is not a simple illness.  It affects you mentally, physically, socially and professionally.  It can be hard to get out of bed in the morning.  The day drags by and you don’t really care if that report gets done on time or how well it gets done.  Everything feels grey and pointless.  You want to go home and go to bed.  Just get the day over with.  You think, “I’ll start fresh tomorrow.”

But tomorrow is just like today. Another cloudy day in your dreary life.

Approximately 5-8% of the American population suffers from Major Depression Disorder (MDD) and women are twice as likely to be affected when compared to men (NAMI 2009).  MDD is often a recurring illness, as half of all sufferers will have repeated episodes.  There are also genetic risk factors for MDD.

Depression is thought to be the result of an imbalance of the neurotransmitters seratonin, dopamine and norepinephrine, which are chemical messengers in the brain.  Most antidepressants work by changing the balance of these neurotransmitters, usually by changing the sensitivity or affecting their receptor sites.  For example, SSRIs or Selective Seratonin Reuptake Inhibitors, work by blocking the reuptake receptors in the brain.  This means that the brain does not reabsorb as much seratonin as it normally would, leaving extra to float around and combat depression.

Depression is more accepted than other mental illnesses, although there is still plenty of stigma to go around.  You may have heard, “snap out of it”, “cheer up”, or “it’s not that bad”.  Yes, even trivial things are “that bad” when you are suffering from depression.  As well meaning as your family, friends or coworkers might be, if they have never suffered from depression, then they don’t understand how you can feel so down.

Depression is a serious illness and should be treated seriously.  So join me today in the battle against stigma and spread the word about World Mental Health Day.